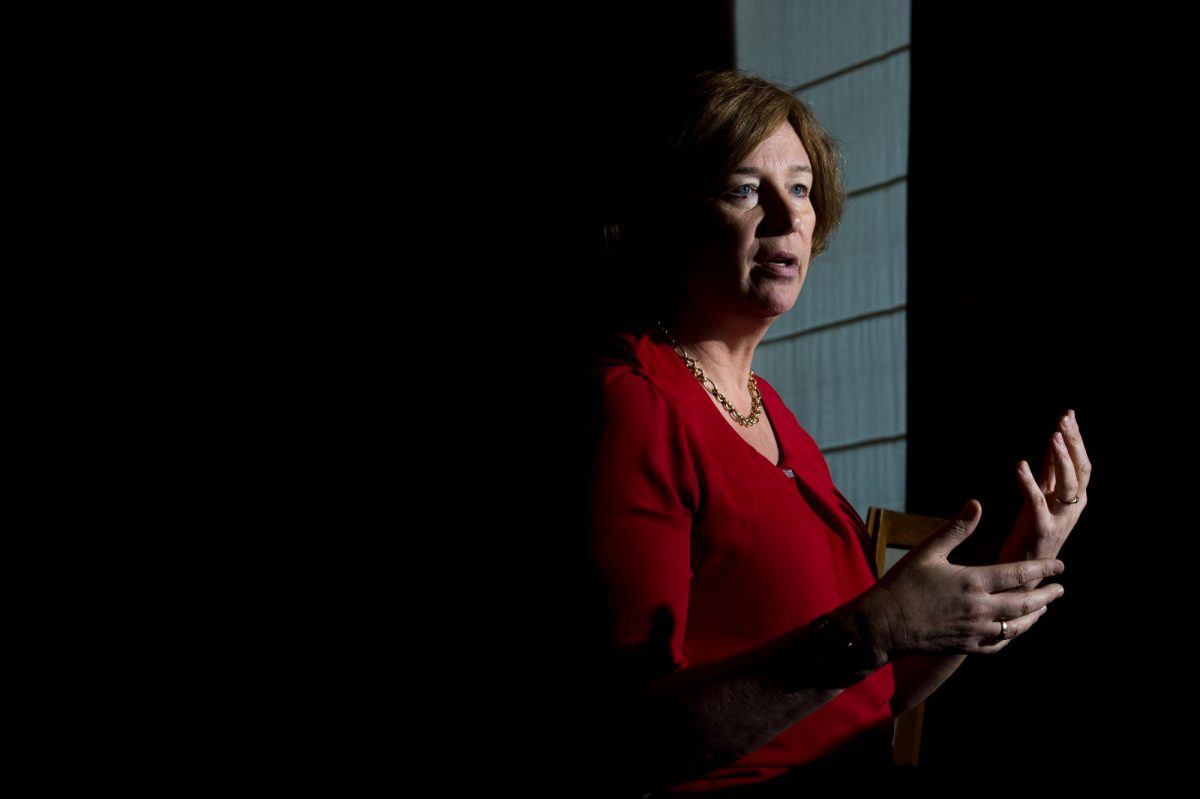 “Women are conditioned not to believe in themselves”

Petra de Sutter, 55, is a professor of gynaecology, head of the reproductive medicine department at Ghent University Hospital in Belgium and a politician. She is one of few transgender MEPs and she’s running as a Green candidate for the 2019 European elections.

10 June 1963: Born in Oudenaarde, Belgium.
1987: Received doctorate in medicine at Ghent University, Belgium.
1991: PhD in biomedical sciences at Ghent University, Belgium. Completed fundamental research on ovocytes in Chicago.
1994: Becomes a gynaecologist.
2004: Starts transitioning.
2014: Start of her political career. She is second on the list of the Flemish Green party ‘Groen’ for the European elections to become a member of the Belgian Senate and of the Belgian delegation to the Parliamentary Assembly of the Council of Europe.

HISTORY OF WOMEN’S RIGHTS IN BELGIUM

1949: Belgian women get the right to vote.
1965: Marguerite De Riemaecker-Legot (also from Oudenaarde), becomes the first woman to be appointed Minister of State for Family and Housing.
1983: First IVF baby born.
1990: Decriminalisation of abortion.
2003: Gender parity on political parties’ electoral lists; the first two candidates on the list should be of the opposite sex.
2007:  Law on ‘Transgenderism’, right to change legal gender.

You’ve witnessed extraordinary progress in the field of reproductive rights since you started your career. Where do you face most challenges today: on the medical, social or legal level?

I’ve been thinking about the ethical, social and political aspects of reproductive medicine and genetics for the last 20 years [Petra De Sutter is the author of a book on the ethical frontiers to technology and reproductive medicine]. We’ve made incredible advancements and things like freezing eggs, uterus transplantation and stem cell research are helping many people.

Still, we need to answer so many ethical questions. Take the commercialisation of eggs, for instance. What about the rights of the donors? The possibility of embryo selection and modification is also very worrying. A few months ago, a Chinese doctor genetically modified an embryo but we have no idea about the safety [of this procedure]. In which context can we carry it out? Is it a way to prevent severe diseases? Enhance the characteristics of the child? All of these questions remain unanswered.

Research will continue and it’s going to change the world of reproduction. In Flanders, 7% of children born have been conceived by medically assisted procreation, and that number is rising each year. We need to rethink our perception of family life, children and family building. My challenge is to help regulate all these questions.

In Belgium, you treat patients from other European countries. Do you support reproductive tourism?

Every member state has its own law based on values and ethics. In France, lesbian couples don’t have access to reproductive medicine, so sometimes they come to Belgium. Surrogacy isn’t legal in France but it is in Belgium and the Netherlands. Commercial surrogacy in Greece exists, even if it’s not official…

I hope there will be more harmonisation [between countries], but it’s a very slow process. Obviously, countries that are more restrictive export patients to other countries. If harmonisation means equality and equal access to reproductive medicine for all couples, gay and lesbian too, that would be ideal. But if it means even more restricted access, then I’d rather say “no”.

Reproductive tourism exists, and it can be both good or bad. If you have a long waiting list in your country and get reimbursed by your insurance for a more rapid treatment abroad, it’s a good thing. [But] if patients go to Greece for commercial surrogacy then I have a different opinion. It’s not a black and white issue, which isn’t true for all medical domains.

What drove you to get into politics? Do you think that politics is a lever for change?

It is a lever for decision-making. I started my career as a scientist and clinician 30 years ago. I started looking into the ethical aspects and societal impacts of my work about 15 years ago. I visited many committees at local, national and international levels.

“I’ve always been a woman, people just didn’t see it.”

I remember writing a report for the health minister here. I worked with experts organising meetings and discussions for two years, and when the minister finally got the report, it was election time. It went to the bottom of the pile and the newly-elected minister wanted nothing to do with that report.

In 2014, I was asked to support the Green party and be on an electoral list, and I said yes. I entered the Belgian Senate and hold a seat in the Council of Europe. I became an active politician. In the same way you have evidence-based medicine, our decisions and policies should also be fact-based, not based on fake news and alternative information. As a scientist, I want to bring science into the political decision-making [process].

Why did you go for the Green party?

About 25 years ago, a colleague asked me to work on the effects of the environment on fertility. At the time, nobody knew much about the topic. I started researching and found out about the shocking effects of endocrine disruptors, which are long-term and transgenerational. It’s huge and we don’t talk about it. There is a lot of lobbying going on and it’s a complicated area. [It was] from that moment on that I became very concerned by ecological issues and that it became one of my political fields. I work on environmental issues like microplastics, nanotechnologies or endocrine disruptors.

“The #MeToo movement has two sides for me.”

You hid your transgender identity for years. Was it to protect yourself? What has been the most difficult part of your transition?

I’ve always been a woman, people just didn’t see it. I wasn’t hiding myself but fighting against myself. Some people think that it’s a choice or a trend… No! I transitioned when I was 40 because it took me so much time to accept and understand what was happening.

Back then, there was no Internet and I didn’t have any information so I tried to push it back by studying and working hard. Of course that didn’t work and at 40, I reached the point of no return. I didn’t lose one patient after my transition because I was a much happier person and I was free.

But I went through hell before… Transition isn’t easy, you need to adapt. People finally see you the way you’ve always seen yourself, even if they think they are seeing another person. I don’t want to be reduced to my transgender past, it’s [only] one part of my identity. I have many others. I want people to talk about me because of my work, because of my political actions. I don’t think your gender, skin colour, religion or sexual orientation should be that important.

Are you a feminist?

Of course I’m a feminist. I’ve been a feminist all my life. But now I can be a feminist as a woman, and it’s even more meaningful to me. I see so much gender inequality, so much discrimination. There is a lot to be done, even in countries like Belgium!

For example, my female students at university always question and doubt their skills and capacities to do a PhD while the male students don’t. Women are conditioned not to believe in themselves.

Did you feel concerned about the #MeToo movement?

The #MeToo movement has two sides for me. The positive aspect is that women now stand up for their right to say ‘no’. They know they don’t have to accept certain behaviours from their superiors or whoever else. If they don’t want their boss to put his arm on their shoulder, they can say no. They don’t stay silent and they share their experiences.

The negative aspect is the way in which some men were publicly ousted or judged without a trial. There was a kind of witch hunt.

Do you feel European and/or Belgian?

I have been travelling so much around the world, so I’m a world citizen. Then I’m European. Then I’m Belgian. Then I’m Flemish. Then I’m from Oudernaarde.

All these identities coexist together. Identity is a multilayered thing. It’s so easy to say, “I’m Flemish so I’m not Belgian.” I don’t understand that. I have no problem with people feeling nationalistic if it’s something positive and not exclusionary. I wish people would be more proud of the European continent.

Thinking about Europe, what makes you angry or scared?

Europe came up after World War II to avoid any other war on the continent. It’s based on common values like human rights, democracy or the rule of law. They are the fundamental issues we are still defending in the Council of Europe, the first European Institution. It pains and worries me that some European politicians say human rights should come after our safety, our prosperity or our security. It hurts me to hear them say that people from other continents shouldn’t have the same rights.

Over the last 30 to 40 years, the EU has taken a turn and focused mostly on financial and neoliberal politics. It represents the interests of large multinationals much more than it represents European citizens. Some people don’t believe in the European project anymore, they turn away from it and want it to disintegrate. The whole financial and economic narrative of the EU is lacking social, cultural and political dimensions.

“The EU has taken a turn and focused mostly on financial and neoliberal politics.”

What are the most pressing issues European women are faced with today?

Inequality. Inequality leads to poverty and exclusion, to a lack of education and hinders empowerment. Women are still victims of social injustice. I’m mostly thinking of single women, refugee women but not only… Even happily married heterosexual women with two children face inequality. There are more women in poverty than men. That should be our priority, especially in such a prosperous continent with the highest standards of living in the world. We should be able to redistribute our wealth equally, in a correct way.

“I see a lot of young women going back to gender stereotypes we have been fighting against for the last 30 years.”

What would you like to pass on to today’s young women?

The first and most important message is to tell young ladies to believe in themselves and their possibilities. Do not think you are less than men! Then, I would tell them to keep on fighting gender inequality. Be a feminist! This is also a message I have for men. Then, I would encourage young women to go for domains they like and they’re good at.

In the parliament, we always have men in budget and economic committees and women in social or cultural committees. Women have to go for those committees too. The budget defines everything.

I see a lot of young women going back to gender stereotypes we have been fighting against for the last 30 years. This is a result of our society and of advertising. We’re living in a very gendered society and gender roles are imprinted on children and young people even more than when I was little. Look at toys! There are no gender-neutral toys anymore. Today, a lot of girls and women think their role is to stay home and look after the kids. I mean… This is what our grandmothers were forced to do! 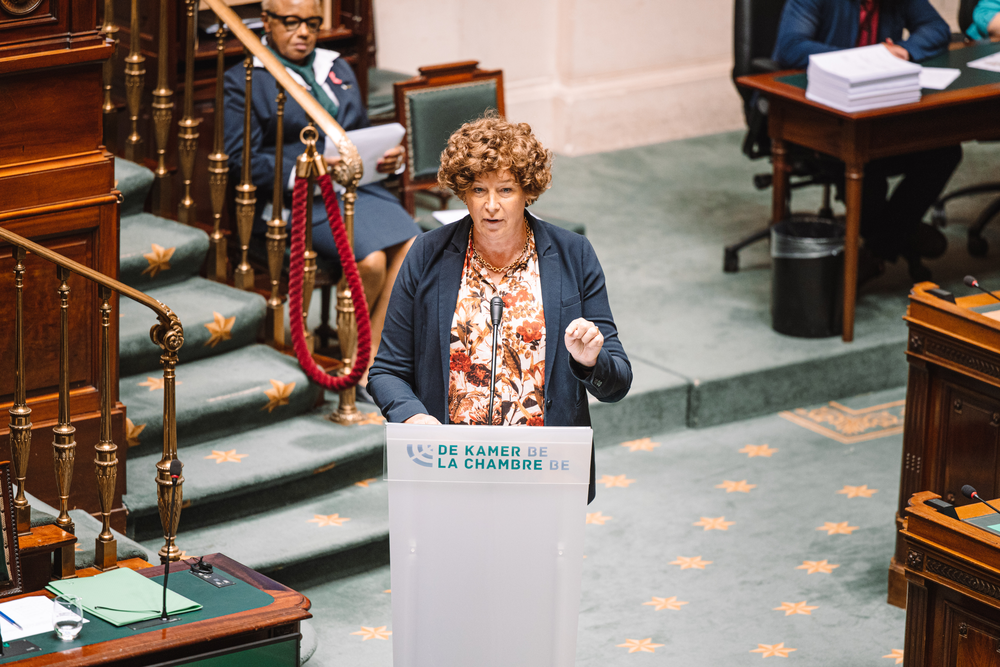 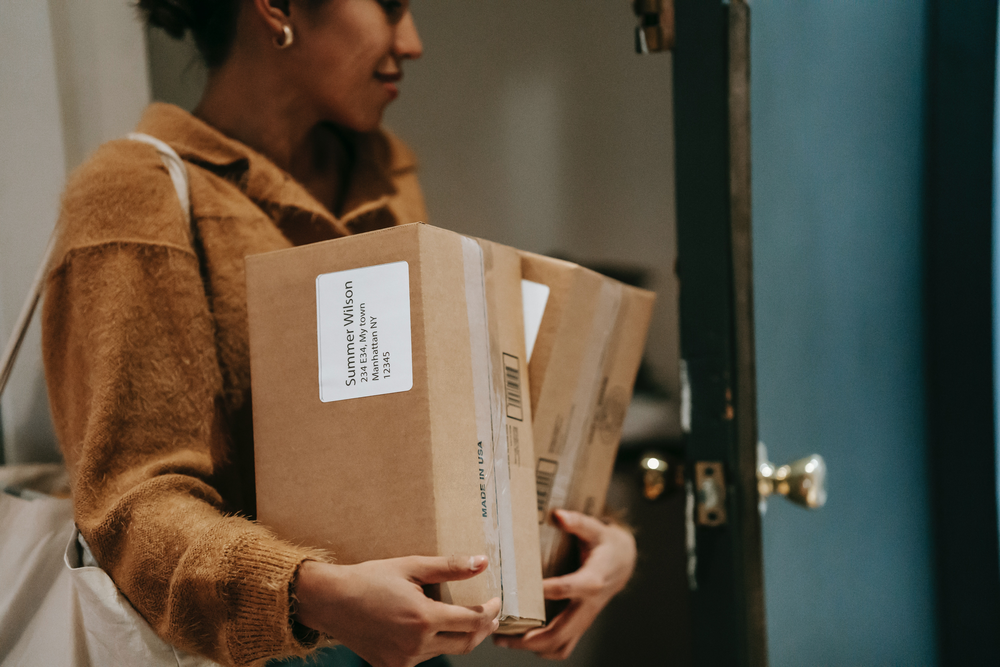 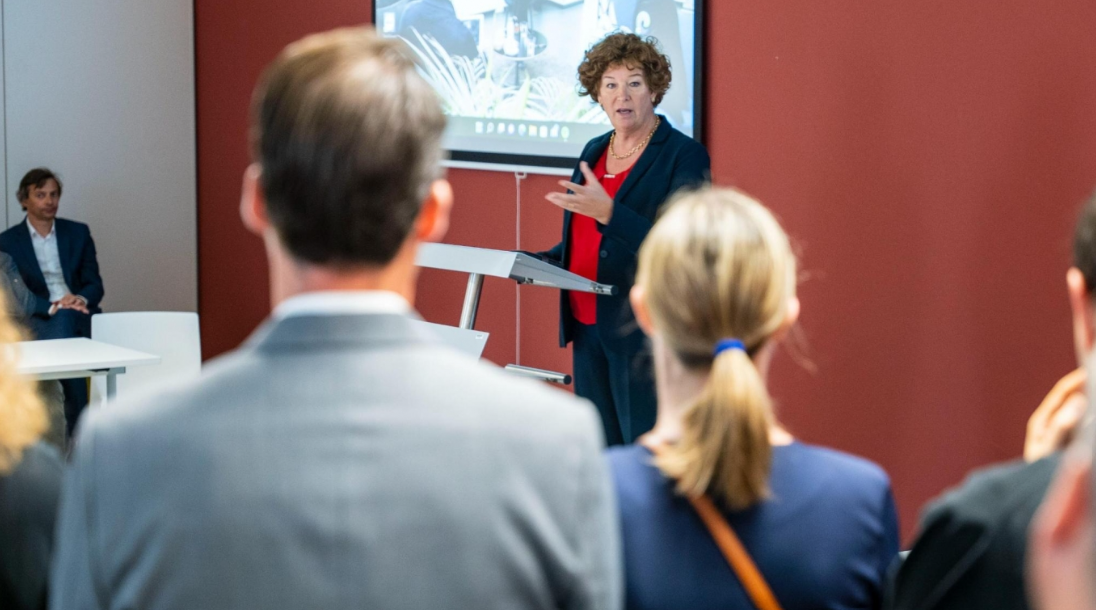